A recording of a Greenaway VJing performance can be found on YouTube in a video entitled Peter Greenaway @ STRP Festival 2006.

The video is accessible at the following address: http://www.youtube.com/watch?v=mMggeHGnRl8. 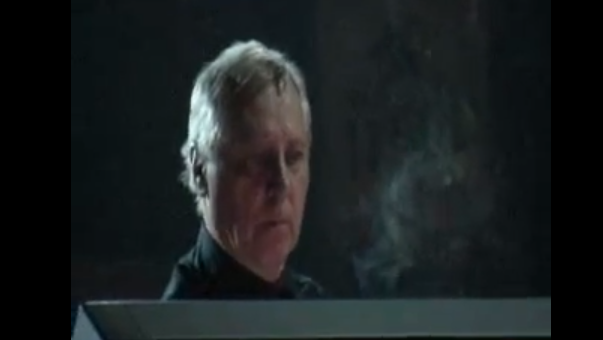 The article is accessible at the following address: http://www.chutry.wordherders.net/wp/?p=1670. Note that this title is a literal transcription of a statement made by Greenaway in his interview. According to Tryon, the quotation from 2007 reported by Coonan (see above) takes up several arguments already made by Greenaway as early as 2003: “The interview repeats many of the arguments he made several years ago in his 2003 Cinema Militans lecture of 2003—including his claim that cinema died in [sic] September 31, 1983.”

The article is accessible at the following address: http://www.telerama.fr/cinema/20704-peter_greenaway_constate_la_mort_du_cinema.php.

In an interview published in The Getty Iris (“The Online Magazine of the Getty”), he was asked if it was by chance that he gave the date September 31, 1983 and he replied, in a manner more poetic than scientific (the opposite would have been astonishing!): “Yes, it is. (Sort of.) 1983 is the beginning of the digital revolution, and autumn is the time of changes.” Steve Saldivar, “Six Questions for Peter Greenaway,” The Getty Iris: The Online Magazine of Getty, February 17, 2011.

The interview is accessible at the following address: http://blogs.getty.edu/iris/six-questions-for-peter-greenaway/.

Remote controls with electrical cords began to be marketed in the early 1950s and it would appear that the first cordless remotes were marketed in 1955 or 1956.

This is the case even though Greenaway, in 2011, did a true somersault by attempting to establish a connection between the remote control and the digital revolution: “1983 is the beginning of the digital revolution”; this can hardly be defended, unless one agrees with the principle “everything is a part of everything else, and vice versa”! See the interview with Greenaway in The Getty Iris quoted in note 47.

Jean-Louis Baudry, “Cinéma: Effets idéologiques produits par l’appareil de base,” Cinéthique 7–8 (1970): 1–8, translated by Alan Williams as “Ideological Effects of the Basic Cinematographic Apparatus” in Apparatus, ed. Theresa Hak Kyung Cha (1980), 25–37; “Le dispositif: Approches métapsychologiques de l’impression de réalité,” Communications 23 (1975): 56–72, translated by Jean Andrews and Bertrand Augst as “The Apparatus” in Apparatus, 41–62; and L’Effet cinéma (1978). We are well aware that the “base apparatus,” in Baudry’s view and according to his logic, is not limited to the moving picture camera alone and is ultimately about something completely different from cinema’s mere technological hardware. Baudry makes this clear in a footnote (p. 59) to the article “Le dispositif” (a note that was not translated in the English version of the text) when he states: “Thus the base apparatus includes the film stock, the camera, the film development, the editing in a technical sense, etc., in addition to the projection apparatus. The base apparatus is far from the camera alone, to which others have wished (one wonders why, for what bad purpose) I should limit it.”