The article is accessible on-line: http://www.ledevoir.com/culture/musique/281282/le-metropolitan-opera-au-cinema-pour-les-yeux-d-elina.

The article is accessible on-line: http://www.ledevoir.com/culture/musique/218268/metropolitan-opera-la-damnation-de-lepage-un-echec-affligeant.

This film may be consulted online.

The video, accessible at the address http://www.youtube.com/watch?v=HWM2ixqua3Y, comes from the Library of Congress. Shot on 6 March 1894, this film strip was put on the market on 18 May that same year. 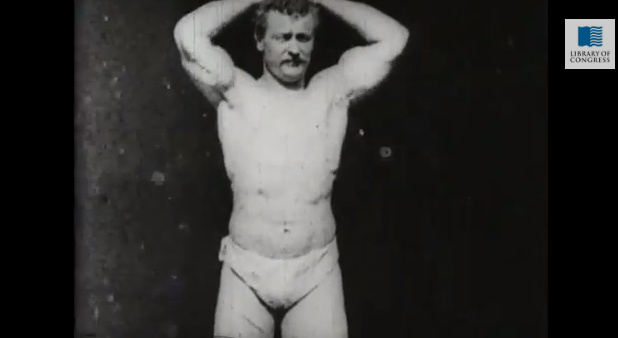 In the present discussion, the German word Aufhebung is understood in the sense of surpassing. It is important to specify this, in light of the fact that this concept in Hegel’s philosophical system is not always easy to grasp because it means both one thing and, in a sense, its opposite.

In his Logic: Part I of the Encyclopaedia of the Philosophical Sciences (translated by T.F. Geraets, W.A. Suchting and H.S. Harris [Indianapolis: Hackett, 1991 {1817}], p. 530), Hegel remarks: “This ambiguity in linguistic usage, through which the same word has a negative and a positive meaning, cannot be regarded as an accident nor yet as a reason to reproach language as if it were a source of confusion. We ought rather to recognize here the speculative spirit of our language, which transcends the ‘either-or’ of mere understanding.” Karl Marx also refers to the concept of Aufhebung, adapting it to his own conception of the world. The Quebec philosopher Yvon Gauthier, in his article “Logique hégélienne et formalisation” (Dialogue. Revue canadienne de philosophie 6, no. 2 [September 1967]: 152), employs the neologism “sursumption” (sursomption) to express the term’s meaning: “I propose the translation [in French] ‘sursumer’ and ‘sursomption’ for ‘aufheben’ and ‘Aufhebung.’ The etymological derivation is based on the model ‘assume – assumption.’ The semantics of the word correspond to the antonym of ‘subsumption’ found in Kant.” A few weeks before completing the manuscript of the present volume, we fell by chance on a book whose author also adapts the concept Aufhebung to the cinema, but in a completely different way than we do (this author attempts to describe, in a “painting-cinema comparison,” how cinema can give free reign to an “Aufhebung of painting” (from the back cover). See Alain Bonfand, Le cinéma saturé: Essai sur les relations de la peinture et des images en mouvement (Paris: Vrin, 2011 [2007]). We might mention in passing that the definition of Aufhebung given by Bonfand (p. 55) does not displease us: “surpassing which preserves that which is surpassed as an interiorized surpassed.” One day we will have to determine whether we can propose that the “filming” retains the operation “shooting” as an interiorized surpassed. For the moment, it appears to us that this is the case.

André Malraux, Esquisse d’une psychologie du cinéma (2003), 42. An initial version of this text was published in Verve 8 (1940) and a final version in 1946. Our emphasis. (A published English translation exists but is deficient—Trans.)

Naturally, absolute respect for extramedial reality is impossible, because every capturing by shooting is of course the result, even if only minimally, of an interpretation of the world, even when this shooting makes a display of a near zero degree, as does a simple putting on record.

Marie-Ann Chabin goes even further than we do, judging by the title of her book: Je pense donc j’archive (I think, therefore I archive) (2000).

The online version of the article can be found at the following address: http://www.ledevoir.com/culture/musique/210130/musique-classique-salome-ouvre-la-saison-du-met-dans-les-cinemas.