In fact this remark was attributed to Antoine Lumière after the fact, by Louis Lumière in 1945 when speaking with the film historians Maurice Bessy and Lo Duca about his father Antoine’s response when Georges Méliès, who was present at the Grand Café screening on December 28, 1895, asked him to sell him the Cinématographe patent. A footnote informs the reader that Louis Lumière, in a letter to the authors, wrote that his father had declared the following: “Young man, you should thank me. My invention is not for sale, but it would ruin you. It may be employed for some time as a scientific curiosity: beyond that it has no commercial future.” See Maurice Bessy and Lo Duca, Louis Lumière inventeur (1948), 49.

The reader will recall that the statement supposedly made by Antoine Lumière achieved its “fifteen minutes of fame” (Andy Warhol) when it was trenchantly repeated by Godard in 1963 in his film Le mépris (Contempt). As neither Auguste nor Louis Lumière was in Paris on 28 December 1895, we may surmise that their father had described his discussion with Méliès to his son. Méliès, for his part, recounted in 1937 that, after having attended the screening at the Grand Café, he proposed to Antoine Lumière that he purchase the patent for the Cinématographe. He said that Antoine Lumière replied: “This device is a great secret and I do not wish to sell it. I wish to commercialize it myself, exclusively.” See Maurice Bessy and Lo Duca, op. cit., p. 49. Following Bessy and Lo Duca, Georges Sadoul asked Louis Lumière (in 1946) about this phrase that is widely attributed to him. Louis Lumière told him: “I did not attend the first screening at the Grand Café. I stayed behind in Lyon. If the phrase ‘The cinema has no future’ was uttered, was spoken to Méliès on that 28 December 1895, it was my father Antoine Lumière who did so. What is true in my case is that I did not believe that the kinematograph could hold people’s attention for hours on end.” Louis then added that neither he nor his brother had been involved in any way in Cinématographe screenings in Paris. See Georges Sadoul, Louis Lumière (Paris: Seghers, 1964), p. 92. As Jean-Marc Lamotte of the Institut Lumière in Lyon points out (in a personal e-mail to André Gaudreault on 15 March 2012): “In short, all of this means that Louis Lumière did not tell Méliès that the cinema had no future, but he said (50 years after the events) that his father may have said this to Méliès. In the end, there is nothing paradoxical about this: what is certain is that Antoine did not wish to sell, but rather commercialize it himself – this in any event is the answer the Lumières gave to other purchase proposals they received before and after 28 December (see the correspondence in Auguste et Louis Lumière: Correspondances 1890-1953 [compiled by Jacques Rittaud-Hutinet with the collaboration of Yvelise Denzer] [Paris: Cahiers du cinéma, 1994]). Finally, it is quite possible that to be courteous Antoine wished for his reply to be less brusque by adding that in any event it would only be a passing fad and that he would not be doing Méliès any favours by selling it to him.”

Paris Match 226 (July 18–25, 1953). The authors thank Martin Lefebvre of Concordia University for bringing this issue to their attention.

The video of the interview with Peter Greenaway is accessible at the following address: http://www.youtube.com/watch?feature=player_embedded&v=-t-9qxqdVm4. 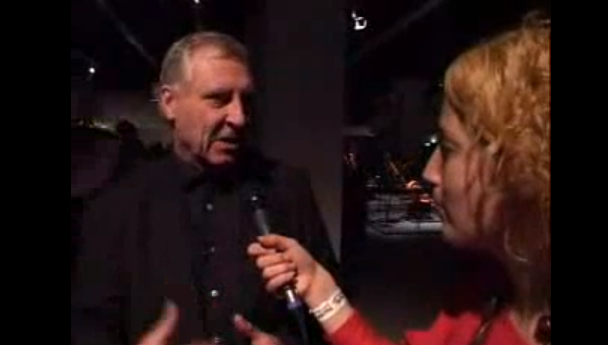 In the case of the two present authors, this has almost reached the point of becoming a tic. We are far from alone, however. Quotation marks are used this way a number of times in Aumont (Que reste-t-il du cinéma?, 21, 24, and 25), but are swarming in Dubois, (in Extended Cinema, ed. Elena Biserna, Philippe Dubois, and Frédéric Monvoisin, 13 [six occurrences] and 14 [one occurrence]).